Why is there a white desert in the world?

Speaking of the desert, the first impression that pops up in everyone's mind is the dry, hot and deep yellow that stretches for thousands of miles. In fact, whether it's the Sahara desert, the largest in the world, or the Taklimakan desert in China, the deserts are all pretty much the same, with very sporadic vegetation and a deep yellow. But why is there a white desert in the world? 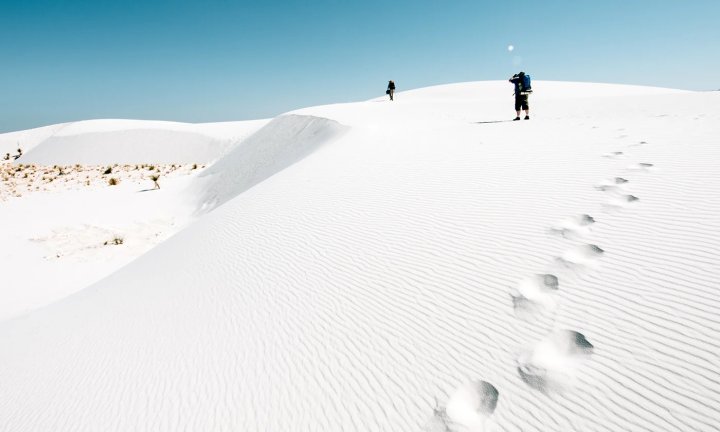 In New Mexico, the United States, there is a pure white desert, which is praised by many people as a paradise that snows all year round. In fact, at a glance from a relatively long distance, this white desert is really like heaven. It is easy to understand it as a pure white snowfield, but at the same time, it does not feel a bit cold. 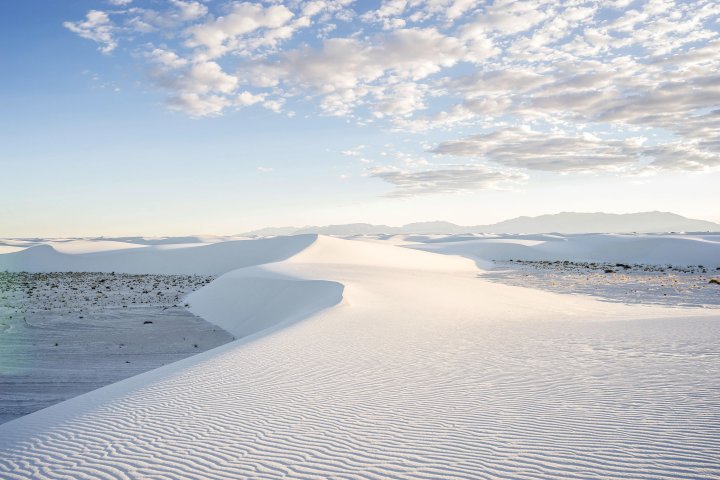 Due to the specialty of the particularly white desert, the government of America built a white sand national park in this place. The beautiful scenery draws the attention of tourists all around the world. People flocked to the part, exploring the secrets of this white paradise. Actually, geologists made a study on the desert and finally find out that there is no difference between the sand here and the sand in other ordinary deserts. The color is different because there is so much gypsum in the desert. 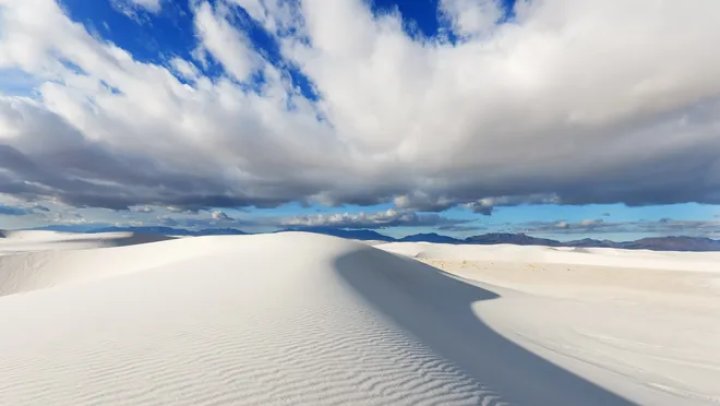 Most of the time deserts, in ancient times, are actually seas and lakes, and White Sands National Park is no exception. Gypsum is an easily drifting substance, and water can easily carry it from upstream to downstream. In the US state of Mexico, there used to be a lot of gypsum. White Sand Park is located in a large basin, and everyone must understand the principle of water flowing to low places, so gypsum is gathered in this desert area in all directions. So many years ago, this place was not a desert, but a lake. In fact, the same phenomenon occurs in other places. It's just that the gypsum will not flow to the lower part all the time, but this basin has led to the lowest place around, so the white gypsum crystals will get together. After a long period of time, it has also become a desert due to weathering such as evaporation. Unlike other deserts, there are many gypsum crystals here, so this place has become a white desert.